Recently I’ve become obsessed with the Banu Musa brothers, who worked at the House of Wisdom in Baghdad in the 9th century. Among other things, they designed and created the first known programmable musical sequencer (which is also the earliest known programmable machine), an automatic flute player that could record a guest’s pattern, and then play it back. Even though we only know a little about them, their story is fascinating.

I’ve been really interested in what happens when we conceive of or acknowledge computation or machine-based music/art as ancient arts. So I’d love to know if any of you have any other historical threads, technologies, artworks, or stories that you have become excited by? What’s something that excites you that is, to put it colloquially, really fucking old? How does it make you feel?

I think I’m obsessed with the Banu Musa because-
Automatic instruments had existed for centuries before the Banu Musa brothers ever built their flute, most notably the great Greek mathematician Archimedes of Syracuse had designed automatic wind instruments a thousand years before, but these were all designed to repeat an initial setting. The Banu Musa flute was specifically built so that guests could come and encode a tune, only then to hear it played back at them. It was designed to impress and entertain travellers and visiting friends. The interaction was an invitation, a proof that they were not being tricked by a player hiding in a box or behind a curtain. Unlike many of the Banu Musa’s trick vessels and designs, the flute’s mechanism was visible. It was live. It showed its secrets. It allowed itself to be open to your programming, and transparent in execution. There’s a part of me that wants to say: we’ve been live coding for 1100 years…

Hey @mncmncmnc that’s lovely! I hadn’t see this flute machine before. It reminds me of Al-Jazari from the 12th century who made water powered robots that not only played music (I think the translation says something like ‘clamourous sound that was heard all around’), but also served drinks to the guests. They were having algoraves in Syria when Europe was stuck in the middle ages! Plus of course algorithmic patterns in textile tech runs through human history…

This kind of thing makes me feel good in a way, to reconsider alternative histories for what we now call computer programming, it makes me feel more grounded as a ‘digital artist’. When linear growth narratives around the history of technology stop working, maybe there’s a bit of hope when growth narratives are slowly choking the environment. But then when we think about what Syria is going through now, it’s a bit harder to be hopeful.

For completeness - the image shows a reconstruction of the automatic flute player,
made by my alumnus Liang Zhipeng:

for the exhibition “Allah’s Automata”,
https://zkm.de/en/exhibition/2015/10/globale-allahs-automata,
now in the ZKM collection. And I had the pleasure of writing the little melody
encoded as proof of concept

I was just quickly looking up automatons on Wikipedia today! - there they mention accounts of an ancient Chinese automation that was said to sing.

ahhh thank you for this image and info @adc! So cool! 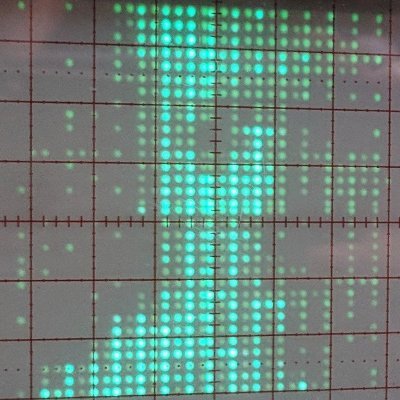 @qrs
I love the classic tunes played by the Dutch street organs. https://t.co/7HDtsimAJp
1 Like