Lets collect suggestions/thoughts about ethnomathematics in this thread.

This could be an interesting start:

According to wikipedia there’s no concesus on the definition of ehtnomathematics. However, the general idea does come through.

I read a journal article: “Mathematics and Australian Aboriginal Culture” - Robert P. Hunting
You can read it on Jstor or download the PDF

Adinkra Mathematics: A Study of Ethnocomputing in Ghana

Just a simple search for comparative analyst in computing you will arrive to generation of computers. If Comparative studies of a language is an importance, ethnocentricism isn’t a way to understand the comparative studies of something. If you take a no for answer, then the language must be a yes. In general computer is a machine that learn of importance of language, programming and protocol. Thus Human Protocol is a system of importance likely a mathematical structure of pattern and recurring function of 0101. Fifth Generation Computer Systems - Wikipedia

How Control Exists after DecentralizationIs the Internet a vast arena of unrestricted communication and freely exchanged information or a regulated, highly structured virtual bureaucracy? In Protocol, Alexander Galloway argues that the founding...

I also took the chance to google my last name on wikipedia. In China, surenames are actually structurally position between different families and their name as some kind of ethnocentricism built on township, villages, politics, war and family names. For example 4 surenames is a group as Pek-Ka-Seng that looks a bit like such in format. And to take the meaning of water and the gardener metaphor. The surnames becomes protocol for these families to engage but not in marriage. Something I don’t quite know what is the point of Pek-Ka-Seng, historically. But I think in western surname it has similar point in view to compare.

I would inflect the word Fami in Latin as Fame in English, maybe that’s the closest crossover.
https://www.wordsense.eu/fames/#Latin Hi, yeah I had references I wanted to add on this topic but I kinda dropped the ball a little and for that I apologize. But better late than never

As a Portlander, my introduction to the topic comes from Swapna Mukhopadhyay who explicitly talks about patterns a lot in her work on ethnomathematics and informal mathematics, like the following paper

Pattern is a key element in both the esthetics of design and mathematics, one definition of which is ‘‘the study of all possible patterns’’. Thus, the geometric patterns that adorn cultural artifacts manifest mathematical thinking in the artisans who create them, albeit their lack of ‘‘formal’’ mathematics learning. In describing human constructions, Franz Boas affirmed that people, regardless of their economic conditions, always have been engaged in activities that reveal their deeply held esthetic sense. The Tlingit Indians from Sitka, Alaska, are known for their artistic endeavors. Art aficionados and museum collectors revere their baskets and other artifacts. Taking the approach of ethnomathematics, I report my analysis of the complex geometrical patterns in Tlingit basketry.

and here’s a talk by her 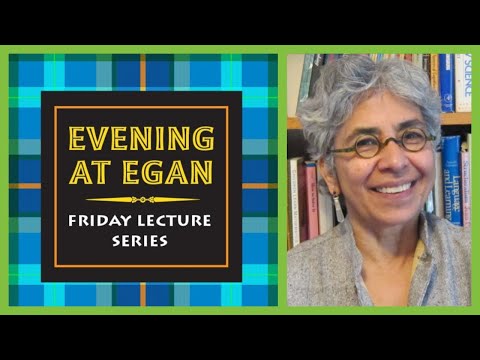 Library Genesis is a scientific community targeting collection of books on natural science disciplines and engineering.

(I haven’t read this yet, though)

She and other people working in this aspect of ethnomathematics frequently emphasize the patterns and design as an expression and communication of mathematical knowledge that’s outside the western formal education model, so that’s kinda why I thought it was relevant here.

I just watched the video for Swapna Mukhopadhyay, thanks @clarissa.littler, very interesting stuff, I especially enjoyed the observations of the embodied mathematics in boat building. I can certainly see that our idea of ‘algorithmic pattern’ is very close to ethnomathematics. Perhaps we are just focussed more on contemporary/emerging ethnomathematic practices and looking for ways to ground them in ancient ones. I’m looking forward to reading the suggestions from @j.reu.s on ethnocomputing next, for more perspectives on this.

I just watched Swapna Mukhopadhyay talk. Thinking about ethnomathematics brings me two ideas. Mathematics is something humans do (I remember @yaxu thesis saying something similar about computing) and it seems to be rooted in our cognitive abilities and context dependent. However, an key part of modern/occidental mathematics is the idea of “proof” and therefore of formalization. I think this creates a particular context (in which we are living) from which we look at other mathematical practices. As far as I know there is a phenomenon in which we tend to recognize “what we know” on what we see. So maybe etnomathematics is about recognizing other mathematical practices (that maybe pass by the embodiment rather than proving). These, as suggested can help reducing trauma in learning maths, among other things.

Yes I woke up thinking that the difference between ethnomathematics and algorithmic pattern is that the latter emphasises the role of formal notation in pattern making, and the former includes embodied knowledge, like the boat builders’ use of ‘feel’ in measurement.

I enjoyed the wikipedia page @MrRho, I agree the general idea comes through and I like the list of definitions which is long (I count 11). It reminds me of being in an online workshop recently where an AI expert got really angry that we were discussing the definition of Artificial Intelligence. As far as he was concerned, it already had a clear definition - he said what he thought this definition was, I think something like computers doing what humans did… But of course if you ask two AI experts they will have very different definitions. So I like that the field, including the guy who coined the term are openly and honestly struggling with the definition, rather than pretending that there is solid ground where there isn’t.

I think it would be of interest to take here into account B. Grunbaum and G.C. Shepard’s study on interlace Patterns in Islamic and Moorish Art. It is about ethnomathematics and stencils as forms of embodied knowledge and means of apprenticeship. https://www.jstor.org/stable/pdf/1575859.pdf?ab_segments=0%2Fbasic_SYC-5187_SYC-5188%2F5188&refreqid=fastly-default%3Abdad7ec28bd6478d4b51024adac9fcf9. The topic will also lead us to geometric combinatorics.

The Pueblo Revolt of 1680 – Open Anthology of Earlier American Literature

Hey @yaxu ~ how about two related readings for the discussion on ethnocomputing?

First one by Ron Eglash & Dan Lyles, where he proposes the notion of ethnocomputing - which he positions as a kind of pragmatic, representational extension of ethnomathematics.

Here: From Ethnomathematics to Ethnocomputing

The second one is by Michael Lachney et al. entitled “Modeling in Ethnocomputing” ~ which looks at how the actual collaborations can work to develop ethnocomputational models.

This seems especially pertinent to those of us who are perhaps working actively with more traditional/folk artists and attempting to develop fair and representative computational models. Also maybe it begs the question of the limitations of computational modelling and representation… don’t know if anyone also wants to read something in that direction of thought, I suspect it might be going down a rabbit hole.

Thanks @j.reu.s, the first one is already in zotero as you proposed it before, it’s a chapter from an interersting book “Alternative Forms of Knowing (in) Mathematics”, I added a pdf of that too. I added the second one too. I’ve got quite a lot on my plate but keen to get deeper into these rabbit holes… Does someone want to propose a time for meeting next weekend? We can also explore on the forum.

sorry for the spam I had the need to share that there is a new classified Mexican plant named after sci-hub creator Alexandra Elbakyan https://www.mapress.com/j/pt/article/view/phytotaxa.477.2.12 : ) 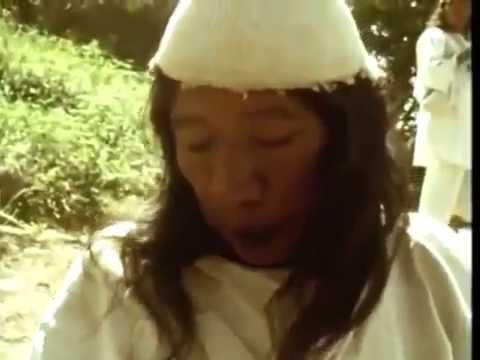 That said, something I liked reading about ethnomathematics was that the field had changed a lot over time in a self-aware way. So I imagine the people involved have reflected on this too… and think the controversial aspects of ethnomathematics could be really interesting to get into.

Here’s a paper which questions whether ethnomathematics exists: https://sci-hub.st/https://www.jstor.org/stable/3482984?seq=1

I’ve only skimmed it, and it takes a thoughtful approach to balancing out computing and culture… Using an imperative programming language to represent graphics with discrete steps and loops seems not the best choice, which only seems reasonable from the very particular (and dominant) western software engineering/computing education view of what computer programming looks like.

Would really like to see the next steps of this project though.

If we were to view western computing as ethnocomputing, what would we find?

Here’s some images made by @nebogeo: They’re a visualisation of calculations done on the ubiquitous Z80 processor. His point in making these is to show that in a very real sense, computation is weaving. These are low level pattern operations, a descendant of algorithmic patterns in textiles.

I’ve been following the development of this thread/the forum since I’ve registered but I’m really sorry for not finding time to take part as much as I would have wished. I find the idea that computation and weaving are entangled fascinating, and am quite curious about ethnocomputing.

I wanted to signal an ongoing seminar on ethnomathematics which just started in France:


The seminar is called “Pracitces, artefacts and mathematics : ethnomathematics, anthropology, history” and the next session will be about the differences between different currents within the field.

From the “patterns in architecture” thread I checked the Eglash book on African Fractals - seemed great, but again I didn’t find time to read it through. Is it relevant in the context of ethnomathemathics? Would anyone have further references to research on fractal/recursive patterns in ancient cultures? How about… patterns in prehistory?

No worries, in these unpredictable times this group is low time-commitment. It’s here for the long term, and people are welcome to join the forum and any of its threads at any time. Thanks for sharing the seminar series, I’ll take a look!

Hope you don’t mind me sharing one of my own papers, this one tries to bridge patterns in algorithmic dance music in ancient greece and present-day (well, pre-lockdown) algoraves:

Cyclic Patterns of Movement Across Weaving, Epiplokē and Live Coding

This article hosts an interdisciplinary exploration of cyclic rhythmic structures, bringing together historical references to ground understanding of algorithmic electronic dance music, and in particular the algorave movement. The role of pattern in...

Not really fractal or recursive though.