Reading #2 - Laurie Spiegel - Manipulations of Musical Patterns (and others)

It’s quite short, so lets try expanding this into a Laurie Spiegel ‘deep cuts’[1] session - if you have time/energy to spare (I realise things will be extra stressful for many of you right now…), feel free to share thoughts on another of her writings.

That last one was in a book I co-edited, in the process I was lucky to have a nice email conversation with her, where I found out her Mother was a keen weaver. I feel sure this will have contributed to her perspectives on pattern as exploration and transformation, and she wouldn’t be the only programmer I know who was inspired by their mother’s weaving…

Two others that caught my eye when scrolling through her writings are:

Music as Mirror of Mind

Ok I’ll kick this off… This is a paper from 1981, which hasn’t been cited very much at all, but it’s one I keep coming back to and think it’s still very relevant… I think because music software development is still bogged down by the Western classical idea of music as particular sequences of notes, rather than as higher level structures and behaviours.

(There are some formatting problems, I did find a scanned PDF without these problems but the webpage is easier to read.)

I admit I don’t really know what a fugue structure is, so the introduction is a bit ungrounded for me… But the idea is to focus on pattern as the outcome of transformations. Thinking about the last reading, I’m wondering if we could also call pattern transformation ‘symmetry breaking’? I guess some transformations increase symmetry (e.g. repetition, or playing a sequence backwards and forwards), and others break symmetry (e.g. randomly adding notes) … Maybe we could call the former ‘symmetry repair’? Anyway…

Spiegel makes a nice point that we should really get to know pattern transformations very well through practice, not just by themselves, but in relation to each other. I think this can be a life’s work, because there are a very large number of these transformations, and so you get an explosion of possible ways to combine them. Spiegel suggests we find these transformations in non-computer music, implying that all music is computational in this way.

Then comes a list of categories of pattern transformations, which are generally quite high level and could be broken down much further.

I really like this essay, it’s short and economical, and there’s a great insight in almost every sentence. It’s by one of the foundational computer music composers but has hardly been cited at all. Has this ‘call to arms’ been heard anyway? It’s definitely had a big influence on my work but I think in general not. Outside of minimalism, the word ‘pattern’ is in general actually a dirty word amongst ‘serious’ Western composers, which is a bit ridiculous… When musicians talk about ‘patterns’ they generally just mean some sequence. So despite being nearly 40 years old I think the message of this essay is still current.

I’d be interested to hear how this essay relates to functionality available in commercial DAWs (digital audio workstations) though as I haven’t used one in a couple of decades… and how well Spiegel’s essay applies to other time-based or even non-time-based artforms. 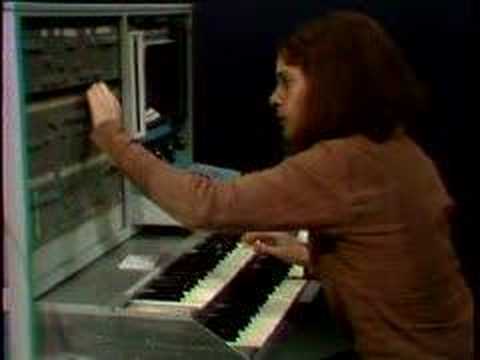 Understand the patterns and the pattern in temporal self. Music is indeed in need of reference to the music and thyself, referencing and of course of feelings. But in LiveCode environment, we seemed to be lacking of the basic knowledge of filters or plugins. That’s a large scope of sound manipulations in filtering like echo and LFO.

In patterns and circuits are definite by a tight setting of predefined pattern recognition especially using synths modular. They, the electricity is partly a global definition of output and input…, but internal circuit from the PCB and modulars also need an internal electric circuit. In this sense the broader sense of electronic flow within the temporal self is independent to the output flow of sound signal and waveform within the sound waves from speakers output. Partly the audio engineering that Spiegel’s paper was philosophizing. Simply a looping state of mind. 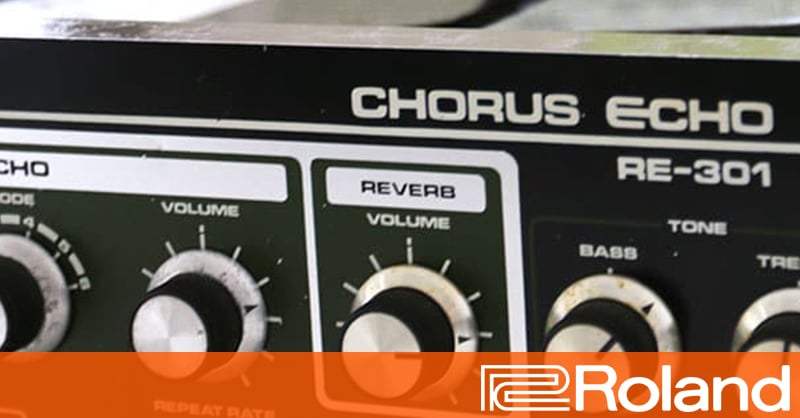 Evolution of the Roland Space Echo

We trace the evolution of the greatest echo machine of all time, the Roland Space Echo. It’s been a really long time since studying fugues (so somebody correct my foggy memory), but it’s basically a form of composition focusing on one theme as a basis of composition (as opposed to sonatas which have an A theme and a B theme). Basically, the theme makes it through all the voices one-by-one alternating between being stated based off the tonic (home key) and then the dominant (5th scale degree), then you elaborate on all of that, then the theme comes back just in the home key and that’s it. so tl:dr one possibly of dealing with a theme and a bunch of voices pretty methodically.

so i guess a fugue is process music in a way? it’s dealing with a theme and developing it in a fairly deliberate way. Going through school, fugues/sonatas/developing variations/etc. don’t tend to get called process music and usually once we hit the 20th century that term pops up to describe music that have processes that don’t really fit into those older categories like “adding notes” or "gradually making everything longer or “starting with a bunch of stuff and filtering things out”. But also I kinda wish somebody told me the more process-oriented descriptions of sonatas and fugues like “this is a way people came up with for dealing with two themes” or “this is a way of dealing with one theme”, would’ve made learning them a whole lot easier…

I liked the book chapter a lot. What she describes in “interactivity” is how I’ve tended to approach performing with computers, esp in my making tunes in Pure Data-era, with basically designing bits to make decisions and I influence the tendency of those decisions by altering a parameter or two live. I’ve never thought of it as choices that I would make anyways and I can describe it well enough for a computer to do it for me like she does but mb it would help me if I started thinking that way more. And I liked the bit where she said that “musical AI” was never her intent and that basically humans give intention, meaning and context to the tools they create.

It was interesting to see her compare various degrees of data sonification to program music where going through school I’d usually learn about program music wrt telling dramatic stories and I suppose that processes and planets moving around are stories too in their own ways and sonification can tell different sorts of stories and convey different sorts of ideas than what they sonify originally told.

entropy pops up again but this time wrt to listener expectations and lack of predictability as a source of interest and dramatic tension (i mean, that’s what groove is, right? doing unexpected things against an established rhythmic structure). would be interesting to see this tie in to our previous discussions of noise.

I’ve been short of organising time, but as time progresses it’d be great to work out a more democratic way of agreeing on meeting times etc…

Will you be emailing us the link sometime before the meeting starts?

Are you coming @yaxu? we are [here] now (https://meet.lurk.org/alpaca)

Oh no I forgot! Joining now…

I think that the DAW paradigm has already established the practice of this higher order composition approach in a sense. In particular, I think of sample-based and remix composition in which whole musical gestures are transformed (using many of the described manipulations). Ableton Live, arguably the most popular DAW (and, as such, the best example to reflect widespread practices among other DAW), has the Simpler instrument which allows slicing, pitching, and looping, which are directly related to fragmentation, transposition and repetition accordingly. Also, the timeline/arragement-view has time stretching (rescaling), reversing, combination and sequencing manipulations build right into a visual object-manipulation interface.

Digressing heavily toward other reflections: Following Erlangen’s program, where “a geometry” is defined as the invariants under a “group of transformations”, I feel inclined to think Spiegel is suggesting a geometric approach to composition. Geometry understood this way is not just the mathematics of euclidean 3-D space, but rather the mathematics of simetry and patterns.

I think that the DAW paradigm has already established the practice of this higher order composition approach in a sense.

Yes I haven’t used a DAW in a couple of decades but had a look at some videos of Ableton Live a while ago and was really impressed by how an arpeggiator could be built by composing transformations together. It looked like visual programming to me and a lot of fun.

Still I think there are basic things that a DAW isn’t good at, and we’re seeing integration of programming environments like Max for Live as workarounds. A new example of this is ‘Nestup’ which is short for ‘nested tuples’ and I think is by someone who works on Max itself. From this it seems that it is difficult to make nested tuples normally in Ableton Live… I’m pretty surprised by this really - why would that be? Tuples are basic geometrical subdivisions and I’d have thought GUIs would be really good at that… Looking at e.g. Bret Victor’s work on Bret Victor, beast of burden, I think DAW designers are missing some tricks. I guess the problem is that the underlying representation of a pianoroll interface is generally a sequence of events and not the transformations which lead to them. This doesn’t have to be the case, e.g. similar interfaces in video editing packages seem to represent the transformations rather than the outcome.

The idea of pattern is definitely closely related to the geometry and symmetry. I think there is a bit of confusion though when it comes to applying it to something like music or textiles. The geometric transformations work as one or two dimensional, but the outcome is multidimensional. So for me in practical terms geometry is helpful for generating pattern but less helpful for understanding the result.

I see, and apparently that’s the reason for Spiegel’s approach towards the psychology of reception (just started reading some of the other articles shared on this thread). If we think of transformations/manipulations as syntax, the question of its semantics opens. I think G. Toussaint poses this simply as “what makes a good rhythm good?” and points out that the production or generative process of a rhythm(ic pattern) doesn’t correlate linearly to the way it’s perceived.

Tottally. DAWs are powerful but also, apparently, servant to already established representations of what music is or should be (I’ve seen decolonial critiques of their desing). I think this is the case because big projects like Ableton are subject to market pressure, so they take careful approach towards implementing “experimental” functions. Max for Live is agreat addition, but even the Nestup device seems too convoluted given its functions could be embedded in the interface.

Thank you for sharing this essay and your thoughts on it, alex.

I agree with you that ‘serious’ classical composers frown upon repetition and patterns, as if all music was not made of it.

My hope is that digital computers bring about a new understanding of music outside of the small frames that music academia try desperately to fit it into.

Spiegel is a true visionary and I am glad she has written this fine article.