I wondered about picking a theme rather than a particular piece of writing this time? Then we can each read a bit to feed a nice conversation at this time: 2020-12-05T19:00:00Z. (if the date looks weird you’re probably reading an email - the website should show it fine in your timezone). Lets meet here: meet.lurk.org/alpaca (works best in chrome)

Looking at the suggestions, there’s a suggestion from @Pulsaare about patterns in architecture at the top. So how about we pick that one, and a one or two more architecture-related writings?

That’s a whole book rather than a short reading piece, but you might have time to dip in before next weekend, or at least enjoy the figures… If you’re into computational rituals then I especially recommend the bit in chapter 7 on divination. Or actually he has a 15 minute TED talk as a nice summary of it all.

Plus this talk from Christopher Alexander: 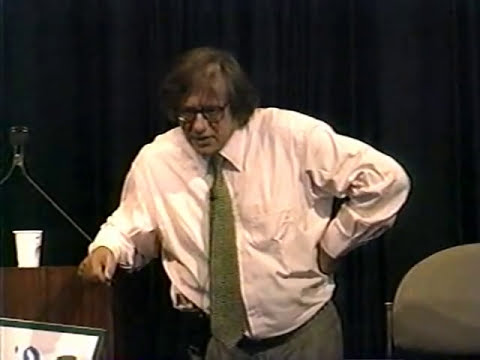 Which has a transcription here: Archives: Keynote Speech to the 1996 OOPSLA Convention

In this talk he reflects on his earlier books which you can find here: Memory of the World Library

in Malibu, California
Chumash would build the same style hut,
in the same spot, whenever they needed a new one…
maybe they were thinking about they’re grandkids grandkids, and if that spot was underwater, or for some other reason not the best, then why not let the alive people choose where to build
I often think about Venice, Italy (which I love)
but If we were to live there, we would have to get a room that was constructed years and years ago, and had had the same view for hundreds of years, and maybe couldn’t even use the first floor anymore 'cause it was flooded by the lagoon

What cultural understandings, expressed as patterns of living,
are considered more Advanced

I just realised that for the Eglash book on African Fractals, as the topic is architecture we should really be reading chapter 2 on the fractal structure of settlements, not chapter 7 although both are great!

I’m intrigued by the Christopher Alexander video - I think because he appears to have a theory which incorporates feeling. Does anybody know which of the documents linked by Alex would give me a bit more background on what he’s talking about in the video?

Which aims to give an overview / key points.

In the intro he says its taken him 10 years to start to understand Christopher Alexander’s ideas of Pattern Language.

Maybe I was being a bit ambitious in my previous request…

Looks like a good intro, I’ll have a watch thanks! I haven’t really read any of his books beyond a quick browse… I think the problem with understanding him might come from misunderstandings in software engineering… Object-oriented programming took Alexander’s ideas of patterns, misunderstood them and applied them badly, so I think if you’re from that background there’s some unlearning to do. To be fair I think Alexander misunderstands software engineering in his talk too, or at least is a bit over-optimistic about the ability of computer scientists to solve the world’s problems at the end.

I wonder if there are any architects here?

Just having a look at the “Architecture, Patterns, and Mathematics” paper. I like the definition of pattern. It starts simply with “regularity in some dimension”, and then scales it to the scaling dimension to get fractals, and then ‘solution space’, to get algorithms. “The underlying idea is to reuse information; whether in repeating a unit to generate a two-dimensional tiling design, or in reusing the general solution to a class of differential equations.”

It goes on into an interesting rant linking patterns in architecture, textures, floor tilings etc with cognitive development, considering these things as repositories for mathematical information. Then Godwin’s law is invoked, associating the removal of ornament with the Nazis… He seems to be saying that modernist architecture is without fractal structure and therefore fascist… Reminds me of this song:

“As soon as our priority is on objects with organized complexity, we will again appreciatenature and mankind’s greatest achievements…” He contrasts this organised complexity with randomised chaos. “Repetition (translational or other symmetry) does not necessarily create patterns with any content; one needs contrast as well[10]. Monotonous repetition without subsymmetries represents a minimal pattern on a single level of scale.”

Hmm… On one hand I can see his point, a lot of new buildings are bad, it would be nice to see more self-similar patterns, like the settlements that Eglash talks about. On the other if he applied the same argument to music, he’d probably be ranting about techno having no soul and going on about the genius of Bach or whatever.

So although I don’t know anything about architecture, maybe the cultural critique goes a bit far… But I do like his definition of pattern.

Hey looking forward to chatting in about 24 minutes here: https://meet.lurk.org/alpaca

Note that it only really works in recent versions of chrome or firefox, so please use one of those. It seems to be best in chrome. If when it comes to it doesn’t work I’ll post an alternative URL here. A post was split to a new topic: Shape morphology