Lets make a thread on phase patterns! Here’s a short film called “The Algorithm” by Bette Gordon, cutting between three dives into a swimming pool, of different lengths so they slowly phase in and out, with cuts numbered:

Prior to the release of her now-classic 1983 feature Variety, Bette Gordon made a series of short films in the 1970s, variously influenced by structural filmmaking and feminist theories of cinema. Among them was An Algorithm, a visually hypnotic reworking of three images of a female diver arcing into a swimming pool. Gordon interlaces each of the sequences frame-by-frame, optically printing them in either positive or negative, and calculating the total number of frames according to the following formula:

Gordon loops these sections many times, but since each of the three is comprised of a different number of frames, they phase in and out of correspondence as the work progresses; a woman’s voice can be heard counting each positive shot, while a man’s voice counts each negative, yielding a minimalist soundtrack as remarkable as the film’s imagery. Both have a rather mesmeric quality while also serving, paradoxically, to break the spell of the conventional cinematic gaze.

I’ve been wondering about phase patterns in music as well… Steve Reich and Brian Eno always come up but who else works in similar ways? Or have they marketed themselves so well that no-one else can work with phase patterns without being in their shadow?

Well there is this carnatic craziness: 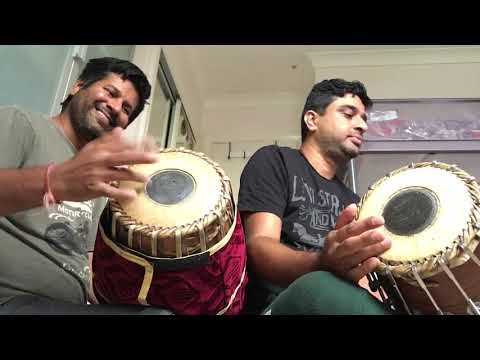 I thought of entrainment when I saw the name of this thread.
I just found this article, haven’t read it but has some nice visual patterns.

Entrainment Is NOT Synchronization: An Important Distinction and Its...

I am working to find a concrete example, but “phase patterns” brings Stockhausen to mind for me.

Also the work of Ornette’s double quartets, or other situations where improvisors are separate but together.

Arvo Pärt used rhythmic phasing in many of his compositions. Often hard to notice as most of his pieces are slow … and beautiful. Milton Mermikides has uploaded a very informative lecture about some of his techniques.

(EDIT) … and phase pattern are all over the minimal techno scene, for example one of my favorites: Pan Sonic / Mika Vainio: Ø – Olematon (Find it yourself from the youtube due to link limit

Many of the minimal techno sets “scream” Reich but can still sound new at the same time, for example this one with 30 min Reich(ish) intro: Nicolas Bougaïeff - Live at MUTEK Montréal 2022 - YouTube